Bergamo lies at the foot of the Alps about 40 km northeast of Milan. The city was probably founded by a Celtic population which settled on the hills and invented the today’s city name “Bergheim” (hill-town).  The city is composed of two parts. There is the old city called Città Alta (Upper Town), built on the hills, and the Città Bassa (Lower Town), which is a lively financial, industrial and administrative center of national importance. In this episode I show you the following attractions: 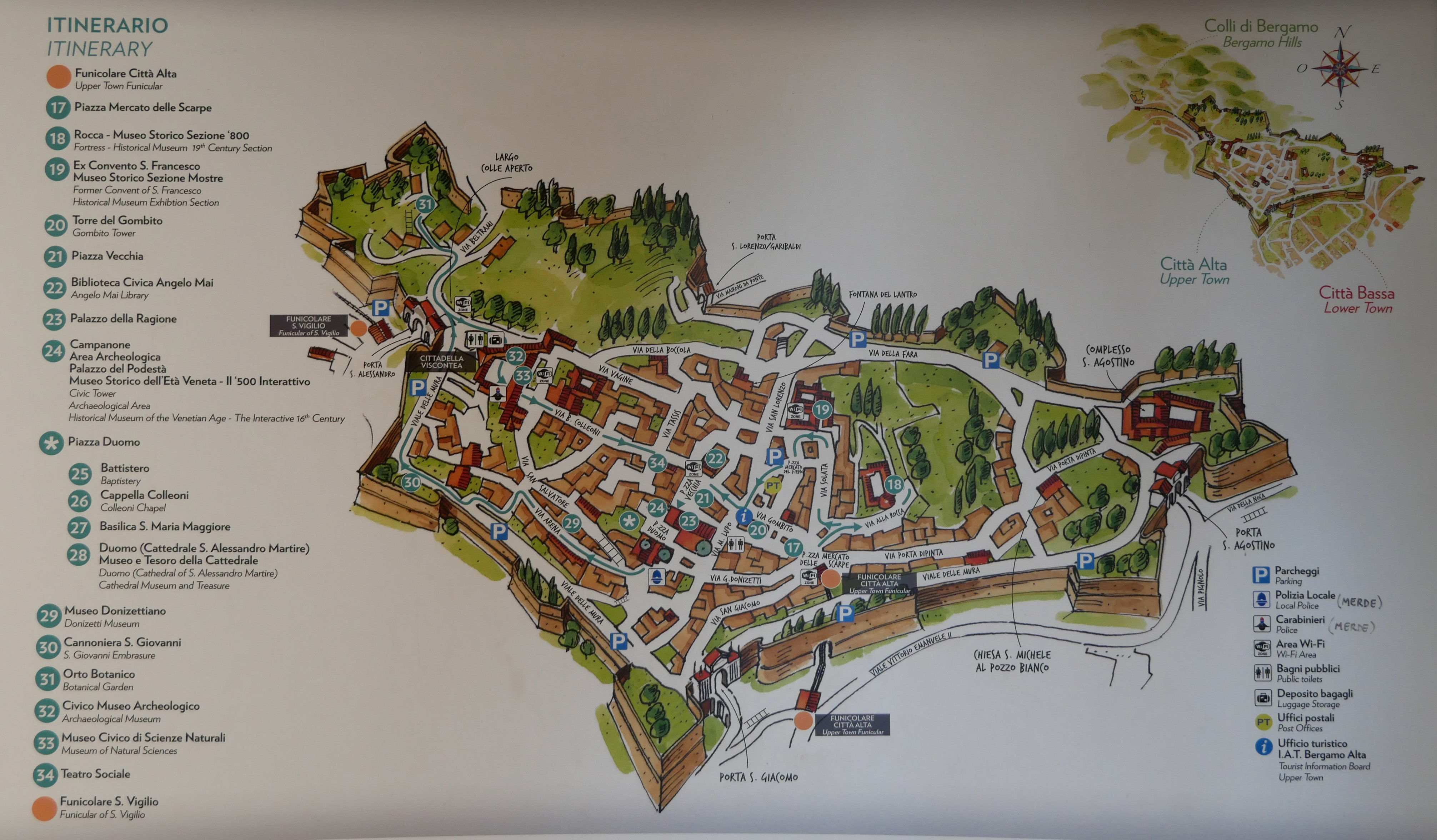