My love story to Italy 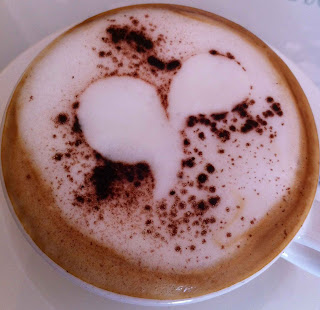 Already when I was in a very young age my parents took me and my brother to Italy for making holidays. One of the first trips I remember was when we were traveling over night with the night train from Bern to Follonica in the Tuscany for making holidays at the sea side. At this time Italy still had its “Lira” currency, especially the 100 Lire coin was very important for me and my brother because with it you could use one of those kids’ rides like a little airplane or flying Dumbo.

Almost every day we were going to the beach, building sand castles or digging holes until the ice cream seller or the coconut seller, who was shouting “coco bello”, arrived. My parents bought so many coconuts for us, I think also thanks to us a few yers later the coconut seller arrived by golf cart with a sound system that was always playing “Obsession” from Aventura. 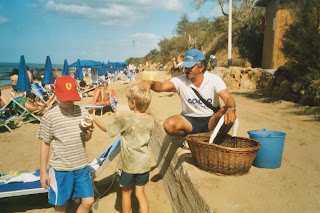 After we came back to our beautiful bungalow my brother and I were watching television with only Italian channels, we couldn’t understand even one word but I’ve learned my first Italian word there in the TV ads: “Kinder sorpresa”, the Kinder Surprise from Ferrero. After eating a delicious Pizza in one of the restaurants inside the resort, it was time for the evening entertainment program. It was usual to go to the, in Italy very popular, bingo game or to the childrens disco. For going to the disco my brother and I were convincing my parents to buy us a  red Ferrari cap from a seller at the beach. With this fancy accessoire we were going to dance and at the end of the holidays we have known all the songs by heart. Before going home we always got the official “childrens disco soundtrack tape” so that we could continue our party back home in Switzerland.

We have visited with our family this holiday resort in the Tuscany a few more times and also did three times a cruise ship tour including the visit of Italian cities like Rome, Napels or Cagliari.

With 16 I’ve started to go on holidays with friends, we made holidays at so many places but not in Italy for so many years. This grievance changed in the year 2012.

During holidays with friends in July 2012 in Sharm el Sheikh, Egypt I fell in love with an Italian girl. I’ve seen her at the pool side and was immediately falling in love with her beauty and later when I got her better known with her charming character. One evening we have met at the pool bar and got each other better known. Unfortunately our talk didn’t last long because her parents were looking for her and told her to immediately come back to the hotel room – our talk got stopped abruptly. At this time I have only known her first name and that she was living near Venice – the big problem was that she was going back home the next day and I couldn’t see her again.

My holidays were ruined and I was so desperated when I was thinking that I will never see her agian. I made a crazy decision: The first thing I did was asking a hotel guy at the pool if he would have access to the addresses of hotel guests. He told me to go to the reception desk but only in the night when the boss will not be there. Said and done, alredy that very night I went there for asking. When asking for the address the guy at the reception desk asked me back: “How old are you”? “19”. “All right come back tomorrow night and I will give you all the passport copies from Italian people that were leaving at this day”. I was speakless and at the same time my heart was exploding from happiness. He kept his promise and the following night I found the copy of her passport.

Back in Switzerland the first thing I did when landing at the airport of Zurich was searching her with the full name on Facebook: direct hit and friend request sent. Of course she was more than surprised and so we wrote together until she invited me to her birthday party.

After many years of not visiting Italy the day had finally come on March 2nd 2013 when on this early Saturday morning I was taking the train together with a friend of mine, a journey of 8.5 h was awaiting us until we would arrive in Pordenone. 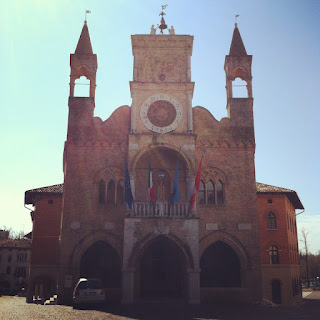 As closer we came as more nervous and excited I got. In the evening when we finally arrived I jumped out of the train and directly hugged her, later she told me that in this moment she couldn’t almost breath, let’s say I was a bit too euphoric 🙂

This moment a bit more than five years ago was the cornerstone of my big love to Italy. In the first moment we were of course too nervous for talking a lot and then also in English, a completely unfamiliar situation for both of us, but we gave our best. From the very beginning on I could notice the big Italian hospitaly. Her parents and her brother came all to the train station for welcoming us and picking us up. When arriving at their home I have also recognized at a very early stage what a high value the food or better said the common meal has. When we arrived at their beautiful home we got our own guest room (!) and she showed us the entire home. There was one moment where I winced when we were on the first floor: Her father and her brother were shouting very loudly in the living room – AC Milan shot the goal, she explained me. We were invited for the dinner with delicious Pizza, it was a very big Pizza and I was too nervous for eating, in the end I ate maybe only one quarter. As I should learn later on, that was a very big mistake, today I unserstand very well why back then, my friend who ate everything, got big compliments and I didn’t 😉

For me it was a completely new world, in Switzerland we usually don’t have such a strong family bond and also don’t always eat together. Also our meals are never that big, we don’t have the “primo piatto” (first course) and “secondo piatto” (second course) and of course we don’t have such delicious and fresh food. What I also have noticed is that her family was very communicative. Even if her parents couldn’t speak English they talked to us very friendly and she was translaiting everything for us. It was one of the most impressing feelings I could experience for the first time in my life, after a short time I was almost already feeling like at home. The beautiful characteristics I noticed when arriving at her home for the first time, I could notice so many times during my further stays in entire Italy.

Later we were preparing ourselves for going to the disco for celebrating her birthday together with friends. When she has prepared herself and appeared in her dress I have known why Italy is famous for its beautiful women and its elegant fashion. Later in the disco we got known all of her friends, we were the only two Swiss people but fortunately some of them were speaking English. It was an amazing experience. As longer as the night was lasting as better the party became, better than I could have ever imagined myself in my best dreams. 24 hours later after leaving my home in Switzerland, I was becoming her boyfriend.

Today this moment is exaclty 5 years ago. Even if since a few months we aren’t a couple anymore, because it got too difficult with the big distance, I’m so thankful to her and her family that they were opening me the door to their beautiful country and culture. With every single moment I was visiting them I fell more and more in love with the place where they are living. I would even say that after a short time I was feeling like a part of the family so much care they were taking of me. Beside my visits at their home I was also starting to travel the country by my own and soon I created my blog for sharing my impressions and discoveries together with you.

Today I can say that I’m totally addicted to the bel paese Italy and that these 5 years of visiting her and her family together with my plenty travels through Italy were the best 5 years of my life. Now I look forward what awaits me during the next 5 years in Italy, I’m still having a lot of dreams and I can promise that here on this blog is a lot more to come. Nothing would make me more happy than to experience the next years of my journey together with you! 😉

How to visit the cathedral of Florence (Santa Maria del Fiore)

How to visit the cathedral of Florence (Santa...